The Magic of John Tudor 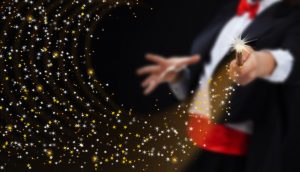 -“John Tudor is a storyteller at heart and he’s among a small clan of conjurors who can tell a tale and use magic as the ‘punctuation.’ He combines his professional acting background and striking good looks into strong and dramatic magical pieces.” -Toronto NOW magazine

The John Tudor Magic Show promises comedy, charisma, and state-of-the-art illusion to entertain and inspire, with lots of participation from the audience. But it’s not just a magic show, says magician John Tudor. “The theme is Magic Around the World, and Thru the Ages. You’ll see magic stories that take place in ancient Egypt, Persia, China, and other exotic locations. We’ll take a few jumps in time, through magic history to the present day,” he says.

Beytna Charitable Foundation is honored to have John Tudor in Evans GA.

Beytna Charitable Foundation is an up and coming Non-Profit founded by Nassab Ahmadie that is dedicated to aiding the small communities of Mount Lebanon.

After the catastrophic events of the past few years and the drastic drop of the lebanese currency, small mountain towns are struggling for basic needs from food items to clean water, and electricity.

Profits raised from this event will be used to purchase solar panels for two local schools in the towns of Sawfar and Sharoun. Currently, the government provides two hours of electricity per 24 hrs. Students attend school without electricity. Purchasing solar panels and installing them would allow schools to harvest the solar energy for electricity when needed during school hours.

Sorry, the comment form is closed at this time.